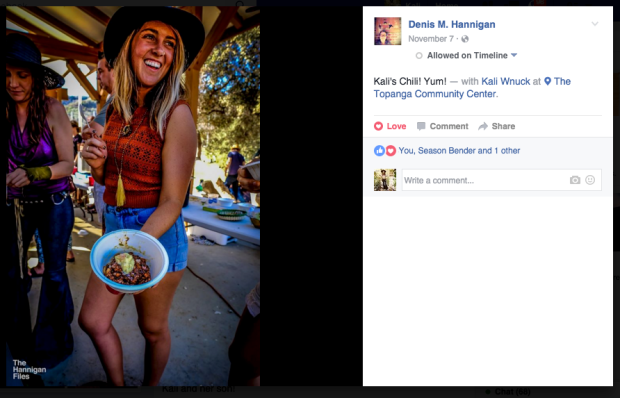 I didn’t enter the chili cook off in 2015, because I knew how to make chili. I didn’t have some special chili recipe, or make it very often.

One day I pureed some cooked beets with fresh tomatoes, and then cooked mushrooms and various veggies in the puree with fresh chili peppers, and it was a beautiful pink color! So when the chili cook off came around, there was a vegetarian category, I thought, “That’s a good idea to help promote my veggie business”.

I was young and enthusiastic, and really into the vegetables.

“You’re not putting kale in that are you?” my friend Sean said, who put American cheese in his chili. It made me think of all the times I had been made fun of and it encouraged me to do something better. I lost that contest. It just wasn’t a chili; it was a spicy soup.

The next year, I won second place for making a bison and beef chili topped with fresh strawberries and habanero lime whip cream. It was a chili no one could forget. The kids especially loved it.

I also bent the rules a little and used a tactic where, I kept a couple kids around by feeding them strawberries. It turned out really well for me because they helped me taste test and balance flavors. We also had loads of fun together, which was the whole point anyway. The “chili” was like a habanero, chili curry covered strawberry lollipop with fluffy sour, spicy whip cream.

That year the contest categories were confusing. Although, most people thought I would win 1st place, I was put in the traditional category, when everyone else thought I should be in the non traditional category. I was too happy to care, I was having so much fun with my community.  At the end, a judge walked up to me and brightly exclaimed, “everyone agreed, you had the best chili! the best!” I said, “but he won first place.” and pointed at Trevor. She silently walked away. It was a peculiar, and very Topanga moment.

They came up with a new description for the other non – traditional category. If you were doing something strange (me again), and using different meats other then beef you were in the Champion Chili category. I was placed in the right category, not like last year. 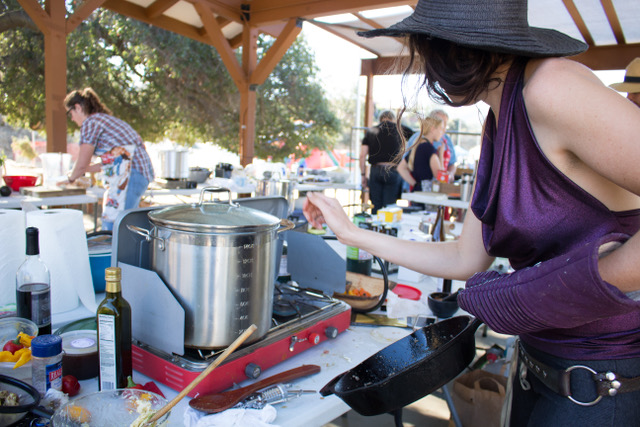 Here’s what I used.

~Artichoke hearts (thanks to the kids helping me cut fresh ones and scooping out the hearts!)

~Cherry bomb peppers, spicy lemon peppers from Erewhon in Calabasas. Habanero peppers and chili peppers from my garden…. It was surprisingly not too spicy.

~I topped it with butter mixed with diced crispy garlic, and lime rind.

~I sliced SunChokes really thin, cooked them through and crispy around the edges, and put those in towards the top.

~The best part was adding finger lime pulp on top, also called lime caviar. The judges loved the little lime squirts in the mouth. I got those at the Topanga Farmers Market the day before.

I believe the reason I won 1st place this year, is that I get kids to hang around, who bring in some extra magic to the pot from just being awesome. I also worked exhaustingly hard at it, and go way out of my way to source every ingredient from farmers I know. I was also placed in the right category this year! 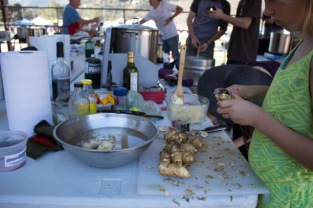 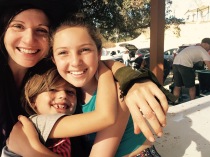 Sasha, with her second place ribbon for her delicious strawberry pie!

The kids happily wrote some of my ingredients on my chalkboard. 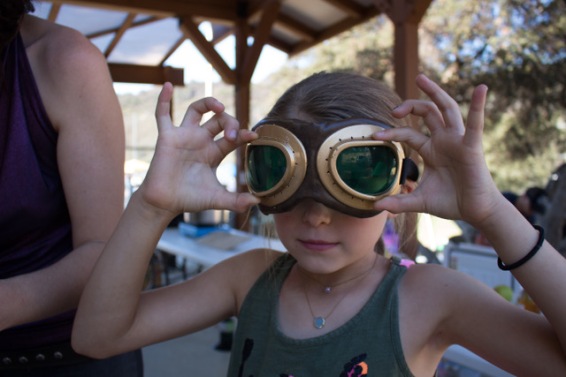