I had the most wonderful demo selling my broth at Erewhon, and then I put my things in the car. I noticed a Man when he walked in. He joyfully said “Hi” to some of the employees. I walked back inside, bought some food, and began to walk past the tables where he was sitting, when I felt inclined to stop and say, “you look like you know everyone here.”

He smiled kindly, “yes, I used to live across the street so I was here 3 times a day!”

“Oh, I’m here almost every day. I haven’t seen you but you feel familiar to me, probably because you’re so used to the energy in this space.”

We sat down to talk a little while. He mentioned he didn’t bring his phone inside because he liked to be without the phone more often. Then I heard one of the most heart wrenching, soul crushing stories I had ever heard. My whole body was in shock and didn’t know what to do with itself.

When his Boys were 5,7, and 9, his Wife left. I couldn’t believe what I was hearing. The Mystery Man, had built a house for them, worked hard in his career, was a great Dad….it was a dream life. One day his 7 year old called him at work. His Sons voice was trembling.

“What’s wrong, is everything ok?” He asked his Son.

The Mystery Man, came home. The brand new escalade he bought was on, the engine was running. He walked into the house to see his wife sitting on the couch with a suitcase. She said she was leaving. She didn’t ever want this life. She took off with a Man.

He was left to raise 3 Boys on his own.

The Man in front of me was a good Man. He opens doors for Women, he was kind, good looking, hard working, smart, an amazing Dad, all the things a Woman who wants a family would dream of.

I really pondered how it is, that we just never know what someone might decide in life. At any moment you might feel like you know someone and then they are gone. I never liked that feeling. 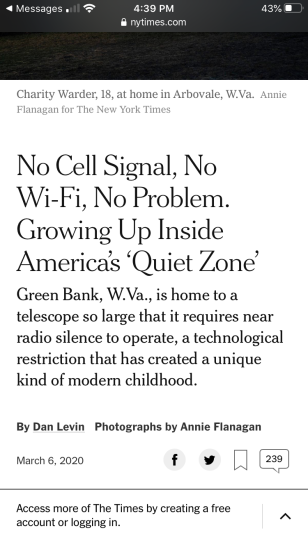 The next day I was reading an article a Man from Sculpt class sent me. It was about the quiet zone. He too, did not bring his phone with him to class, he mentioned he wanted be without his phone more often. He didn’t have a facebook. Which I find so refreshing.

The quiet zone is a city where people have very limited wifi and cell service. I feel like that very idea is enough to make us all breathe a little deeper, isn’t it?

I remember telling the Angel Warrior right before I stopped hearing from him last week, who also told me he’s putting the phone away and exploring nature more often, that I remember the days when I didn’t have GPS. It forced me to ask God (the Universe, source, whatever word you like) to help me find the place I was supposed to be, and which streets to turn on. It worked miraculously well sometimes. I also remember the times where I was stressed beyond belief if I really was lost in the scary Downtown LA. So on one hand I was saying that, I worked a little harder to trust in the powers that be, then I did GPS, but I’m so unbelievably happy about GPS.

It’s funny because whenever I text the word GPS in my phone, it auto corrects itself as God. Am I the only one that happens to?

The next day at Erewhon 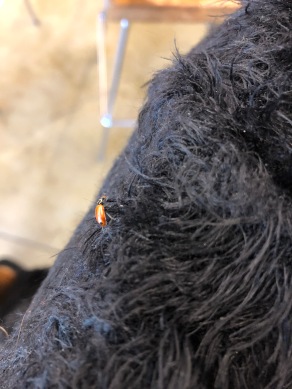 I was sipping on fermented pickle juice, and having a hot chocolate while I was reading the article. I was very involved but my head felt like popping up at just the right moment to see a short Man turn around from the counter. We locked eyes and smiled while I realized his face was very famous, but I don’t know names of famous Actors much at all. I got rid of the TV over a decade ago and I just canceled Netflix because I hardly looked at it. We exchanged a “hi, how are you”, and I realized I was much more interested in who the lady bug was that I just noticed on my black hat when I looked up, then I was in figuring out who he was. Which was definitely a kind of comedy Actor by the feels of him. He seemed lovely. But I felt so connected to this little lady bug…..

The lady bug crawled around my hand and my sweater. By the time it got to my sweater it felt like it was in a field of grass and didn’t leave me no matter how much I moved my hand to write.

All in all I want a better connection to source/ to God, to my instincts. That’s what these three Men have in common, who are really helping to remind me to set aside my phone more often. To be honest, I wish we were living in ancient nature times anyway, but maybe if I was, I would wish for modern times, so I’ll do my best to appreciate this and put the phone down more often. Even better, I would like to live in one of my Uncles paintings, that is imagination at its best. 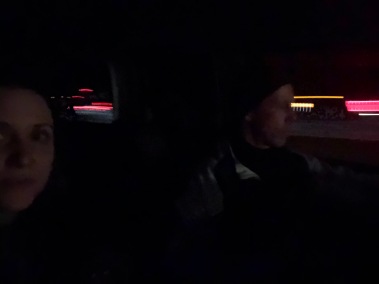 Last night, my Psychic Wizard and I had to make an emergency trip to Erewhon in another city, because all the Whole Foods and Erewhon over here were closed at 10. We got into his space ship as we argued with each other like crazy over the GPS that took us on a ridiculous adventure, looking for the closest organic store that was open til 11. We made it just in time. I told him he didn’t give me enough credit for my intuition, to which he responded, I was just being in my ego. It was pretty funny. When we arrived at Erewhon, he needed something on the shelf and without thinking just feeling, I headed right to it. The market is a great way to practice our internal GPS. I started that practice in book stores when I was 13.

P.S. For anyone that hasn’t heard my happiness transmission that I posted a few months ago, I’m sharing it again because it helps me so much to listen to it. If you’re feeling like you need a little extra happiness in the morning, listen to this. I went through an emotionally traumatic retrograde and I realized today, how much this recording helped me. I’m going to make a new version of this in the future.